Healing Our Relationships By Balancing Our Chakras 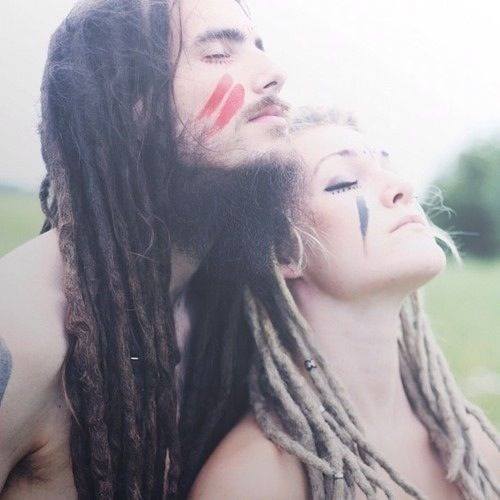 Today we live in a world where harmonious relationships are the exception, not the rule. If we’re not getting divorced or jumping from one relationship to another we’re living in misery constantly at eachother’s throats. Now, that may seem somewhat extreme, but really it’s not too far from the truth. Why is this?

Our chakra system holds the key.

Within the human body we have seven chakras, with five (some say six) transcendental chakras that rise up above the physical body towards Spirit. These chakras carry information about who we are and determine how we express ourselves. When any of our chakras are blocked or spinning incorrectly they affect how we show up in the world.

Caveat: What I’m about to reveal will probably challenge the worldview of some people, but my only loving intention is to share information that could change the way we view relationships for the better.

Whilst I agree that masculine and feminine is not about man and woman and we all carry both energies, I think it’s fair to say that in duality men carry more masculine energy, and women carry more feminine energy. The purpose of relationship is that when man and woman come together in partnership they transcend the individual to form a greater whole. Their combined energies are designed to create balance; the two become one. When the partnership is in balance, the two fit together perfectly, like two pieces of a jigsaw. One part of the jigsaw piece juts out, while the other offers a space for the piece to fit into. One part of the jigsaw is receptive, while the other is active. So too, is this the case with the chakras of the human body.

Almost all the chakras in the human body are dominated by either masculine or feminine energies.

The root chakra is associated with survival and financial stability. It presides over our basic material needs. This chakra is dominated by masculine energy, which is the reason why throughout time immemorial men have naturally been the gender responsible for ensuring the material survival of the family.

The sacral chakra is associated with nurturing, caring and sexual arousal and is predominantly feminine and receptive. This is why women are naturally the caregivers of the family, nurturing both their male counterparts and their children.

The solar plexus is associated with personal power, strength and action. It creates your sense of self esteem and determines your will power to get things done in the world. Because it is an active chakra it is predominantly masculine.

The heart chakra is also a receptive chakra, like the sacral. It determines our ability to express love. It connects the lower chakras which preside in the physical world, with the more spiritual chakras which reside above the heart chakra. Because it is a connective chakra the energy is predominantly feminine.
The throat chakra is predominantly masculine and it’s from this chakra that we outwardly express ourselves through our voice. It is where our emotions are given shape so to speak (pun intended).

The third eye chakra is the seat of our intuition and so is associated predominantly with feminine qualities. It is here that we receive extra-sensory perceptions that transcend the physical. From here we transcend the ego and connect with those things outside of ourselves that dwell in the unseen.

Finally, the crown chakra is the exception. It is neither masculine nor feminine, or one might say it is both. This chakra transcends duality and reaches up towards Oneness consciousness. From here we search for the deeper meaning of Self. It is both active and passive, trusting in the higher Spiritual flow of life.

Whilst each chakra is not entirely masculine or feminine we can see that all but our crown chakra is dominated by one or the other. In order to find balance within ourselves, we need to ensure that each chakra is able to express itself as nature/universal law intended. We need to seek balance between the masculine and feminine energies within to be a whole being.

So how does this affect our relationships? How do we retain our balance and wholeness whilst in union with another?

For the sake of this article I’m going to assume that the relationship is between a man and a women, although in reality the same principle still applies to same sex relationships. In both cases balance is necessary for harmony to exist. After all, everything in Creation is constantly seeking balance.

How many relationships do we see fail in this day and age? And how many people do we see stay together for the sake of the family, even though it’s not working? What is the cause of all this imbalance in relationships?

As I hinted at earlier, the first thing one must examine in order to answer these questions is the state of the combined chakra system. For a relationship to work in duality the man and woman must be able to express their energies as nature intended. Women are more feminine and men are more masculine. Therefore, in a relationship the man should be free to express his masculine chakras more dominantly, and vice versa.

So what happens if a woman is forced to be the breadwinner, and is leaned upon to take care of the material (which usually means financial) needs of the family? Imbalance will result because according to the way the chakras are designed to work it is the male who should dominate in this area. If the woman is putting more of her energy into the base chakra to make up for the shortfall of her man then she will begin to feel depleted in other areas and resentment will take root and grow. On the other side of the coin it’s likely that the male with feel emasculated and so may fall into depression. All of this leads to chaos and disharmony in the relationship. The energy flow between the couple is out of balance.

Likewise, problems are likely to surface if a male channels more energy into the sacral chakra than his female counterpart. The result is the same whether he is forced to due to a lack of interest from the female, or if due to his own internal imbalance he chooses to channel his energy there rather than say the base chakra or the solar plexus. The result again is imbalance, leading to resentment and disharmony.
So, if you’re having issues in your relationship and want to know how to heal it, first consider how you and your partner’s chakras are interacting. Is the female counterpart allowed to channel more energy into the feminine chakras and is the male counterpart able to channel the right proportion of energy into the masculine chakras? Only when the chakras are balanced in the way nature intended can true lasting harmony persist within a relationship.

The big mistake of the feminist movement was trying to persuade women that they need to be more like men in order to be considered equal. No! In order for the genders to find true equality they need to be free to express their energies as nature intended. Women carry more feminine energy and so are naturally more receptive. Men carry more masculine energy and so are more active. Yes, it’s not completely black and white, but for relationships to thrive we must consider this closely and take care to ensure the proper flow of energy between the chakras. When we do there will be more peace and harmony in the world!