The Divine Solar Feminine and Ascension 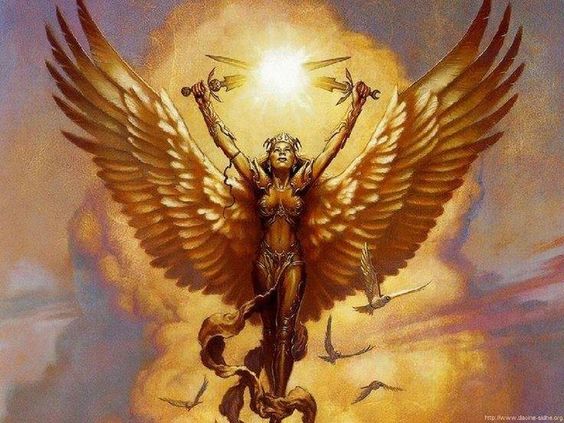 It’s happening.  We are rapidly approaching the end of a major cycle of fear and separation and entering a new cycle of peace and harmony.

Many thousands of Emissaries of Light are now positioned around the globe, ready to anchor the next influx of high frequency Light that will be reaching us in waves from the Great Central Sun between now and 2018.

These upcoming waves of Light are being channeled to us through the Divine Solar Feminine aspect of the 12th dimensional Golden Ray.  It’s mission is to balance and unify us, within and without, bringing us into alignment with Universal Law and Divine Order.

Outside the central stillpoint of Creation, the universe is always seeking to find balance. The realm of duality is made up of opposites.  There is light/dark, male/female, increase/decrease, ying/yang.  The sun (traditionally all masculine) and moon (traditionally all feminine) have been considered opposites too.  However, in reality this is a gross oversimplification and one that has caused the energies of the masculine and feminine to become misqualified throughout the dark ages.

For many thousands of years, as we passed through a cycle of separation from wholeness, the Earth’s energetic polarity has been tipped in favor of the masculine.  For most of this time the feminine has been undervalued, ignored and in many cases even demonized.

The feminine has been associated with the subconscious, hidden, and often darker side of humanity.  By conceptualizing in this way we forgot that the sun and moon actually contain both polarities, just as we do.  We will only find balance and unity when we remember and embody the Truth that the All is in everything.

As the Earth now moves closer to our source of Light, the Galactic Center, it is necessary for our souls (sols) to be recalibrated so that our light bodies can receive the higher frequencies of Light.

The trigger for this recalibration and activation of our crystalline light bodies is the Divine Solar Feminine aspect of the Golden Ray.  It is being sent with the purpose of bringing the masculine and feminine aspects of the Divine back into unity and balance, uplifting us all with the qualities of peace, balance, harmony, courage, strength, beauty, creativity, unconditional love, compassion, abundance and joy.

The Divine Solar Feminine energies are channeled to us through the Pleiades star system and Venus.  This pathway was chosen by the Creator for a very specific reason. By stepping down the Golden Ray through these predominantly feminine cosmic entities the masculine and feminine polarities of Earth are brought back into balance.

The Mayan civilization revered both the Pleiades and Venus.  They knew that during the dawning of this new cycle these celestial bodies would play an important role in rebalancing our spiritual, mental, emotional and physical bodies, thus allowing us to integrate the higher frequencies of Light.

Incarnated into every culture are crystal humans.   Crystal humans are channels for the Golden Ray to enter the Earth’s consciousness grid, activating the diamond light codes, triggering the upgrade of our collective DNA.  When the Light quotient we receive from the Galactic Center is high enough the crystal humans awaken to their purpose.  That time is now.

When our light bodies become crystalline we can embody Christ Consciousness, the experience of wholeness and oneness with the Creator.

The Solar Goddess is here now and She is the key to the next phase of our transition.  She is both nurturing and courageous and She will bring us much comfort during these final phases of transmutation.  May we all feel Her strength in our hearts and Her joy in our souls as we herald the new Golden Age of Peace.